Skip to content
Featuring the Centennial Poet of New Mexico

Levi Romero is from the Embudo Valley of New Mexico, he earned a BA and an MA in architecture from the University of New Mexico. A bilingual poet whose language is immersed in the regional manito dialect of northern New Mexico, Romero is the co-author of Sagrado: A Photopoetics Across the Chicano Homeland (2013), and author of A Poetry of Remembrance: New and Rejected Works (2008), In the Gathering of Silence (1996), and other publications. His work has been published throughout the U.S., Mexico, Spain, and Cuba.

Romero was named the centennial poet for New Mexico for 2012, an honorary post. A winner of numerous awards, including the 2009 New Mexico Women's Press Excellence in Communications Award and the 1996 PBS Bill Moyers Language of Life Award in Poetry. A research scholar, he has recently taught creative writing, Chicana and Chicano studies, and cultural landscape studies at the University of New Mexico 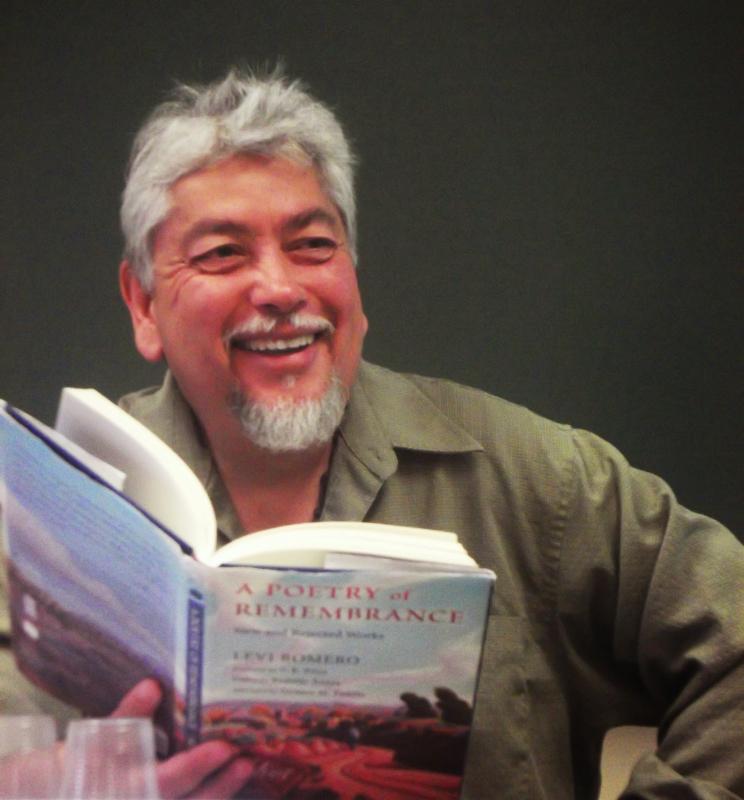