Edward Romero is currently the Mayordomo of Acequia de la Jollas and has been for an impressive 35 years. He graduated from NMSU in 1973 with a degree in Range Management and has worked for NRCS for many years helping farmers, ranchers, and acequieros around conservation issues, engineering designs and management recommendations. He retired in 2005 and spends his time volunteering, farming, and advising acequias around New Mexico.

1. What is the history of your acequia, as you know it (or as you've been told)?

I could imagine that the original people who came to this valley saw that the land was perfect to farm, getting its name, Acequia de la Jollas. The word Jollas means "flat and fertile earth" but as time and the Spanish language progressed the word has changed to "Joyas" meaning gems or jewelry. One could argue it is both, the productive land of the Pojoaque valley es un brillante tesoro de los trescientos años de historia de esta Acequia en Nuevo México. According to the priority date of 1716, Acequia de la Jollas is the oldest ditch on the Pojoaque stream basin where the soils are deep and free from rocks. I was told that many years ago the farms were so much larger and supported many families, my grandparents were one of them.
My Grandfather, Teodoro Trujillo raised large family on the acequia and farmed for a living, it was his job. Between him and my grandmother Ninfa, they made their livelihood from pigs, dairy cows, and all their crops. As a young man I remember my grandfather being the Mayordomo. Watching all the men and landowners show up with their kids for the limpia is one of my fondest memories. The acequia is about 3 miles long and it took everyone to clean it. My grandfather would assign tarea, taking steps along the ditch he would designate numbers to every peon, uno, dos, tres, and then inspect the ditch to be sure that it was done correctly. I can still hear his counting, and who would have ever guessed that years after it would be me, who would be the Mayordomo, just like him. I mean, I never liked the city anyway and when my parents were living in Santa Fe I decided to live with my grandparents to continue farming and being on the land, I guess it really stuck with me, their practices and ways of life.

2. What kinds of crops does your acequia community grow?

Mostly hay lands, orchards, and small jardines with organic row crops.But back in the day it was a whole variety of oats, wheat, sweet corn, and feed corn. I remember that my grandmother's portal used to be filled with rows of chile ristras double strands and she would make cheese and often trade for other goods.

We are just generally trying to maintain the agricultural life as much as possible but mostly we use comradery involving new parciantes and landowners as well, very educational.

4. What is your irrigation season? (Time frame)

It depends on the snowpack and there are years when we do not have sufficient water but generally irrigation time starts in the middle or beginning of April until the second week of October or the first frost. We have a schedule, two hours per irrigated acre. We irrigate 24/7 on a rotation of 16 days. One good thing about our acequia is that we have ojitos and they have never gone dry! A few years ago the water went down but we had enough to feed our gardens.

5. What are your commissioners and mayordomos doing this time of year?

We held our annual meeting and discussed that the limpia will take place during the first part of April, right after the Cuaresma.

6. What makes your acequia special?

The parciantes have always been super cooperative and because of our people we have a beautiful and active acequia. For me, that makes it the most special!

7. Please describe your current infrastructure project. What is being built or repaired? How long has it taken the acequia to make this happen? Where did you all obtain the funding etc. How is this going to contribute to the future of the acequia?

We are currently replacing a flume built in 1947 that was suspended with cables with a welded steel pipe flume that is self-supporting. This is the bottle neck for the volume of water to be pushed downstream allowing all the water to irrigated lands at the end of the ditch. This repair is going to impact the future of water efficiency and equity by getting everyone the water they need and rightfully own. We hope to be finished in a few weeks but it has taken 7 years to get a design and secure funding. We have received funding from the Interstate Stream Commission and the Regional Conservation Partnership Program which we hope will speed up this process in the future. For acequias out there not applying for funding I want to let you know that you cannot get intimidated by the process, and now with RCPP this should expedite the process to get a design and funds. Just keep in mind that there are a lot of acequias in the state applying and not everyone can receive funding so be persistent, make connections and follow up! It is also important to reach out to NMAA or NRCS to help you apply and get on track with all your funding needs and projects, they are an incredible resource.

*NMAA celebrates the 300th birthday of Acequia de la Jolla and the incredibly hard work they have done to be one of the first acequias to implement the RCPP on the ground. Congratulations and eyes forward to the next 300 years! 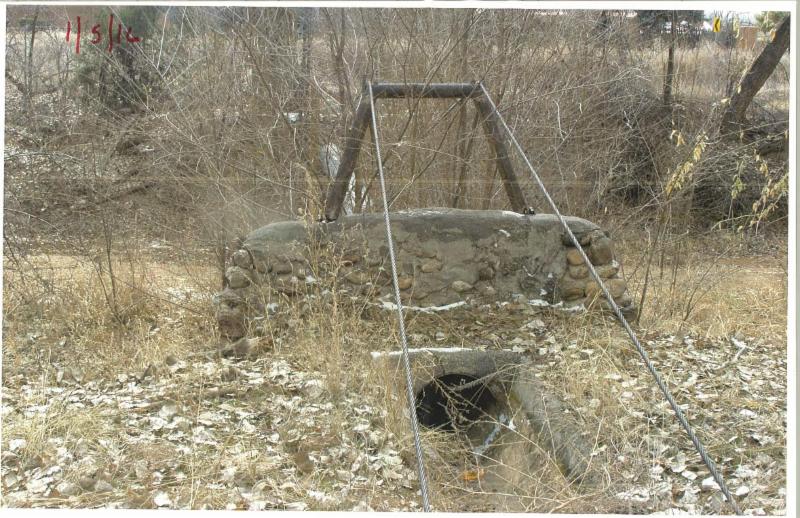 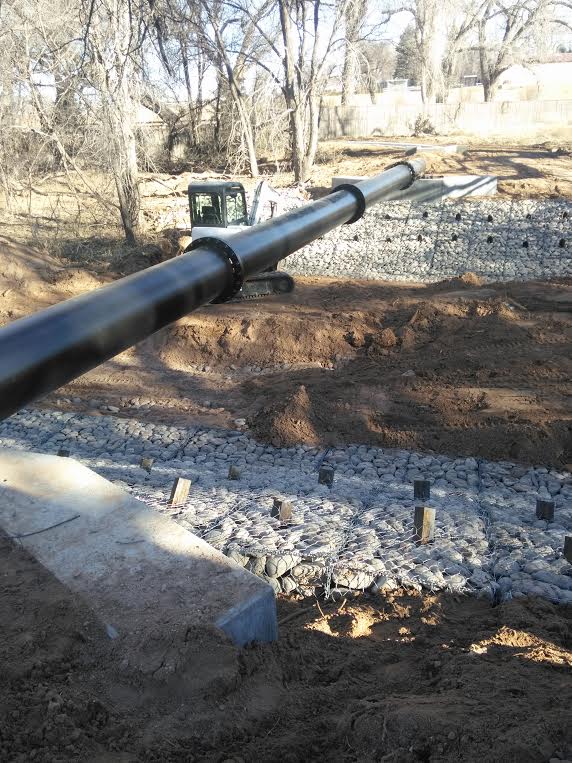