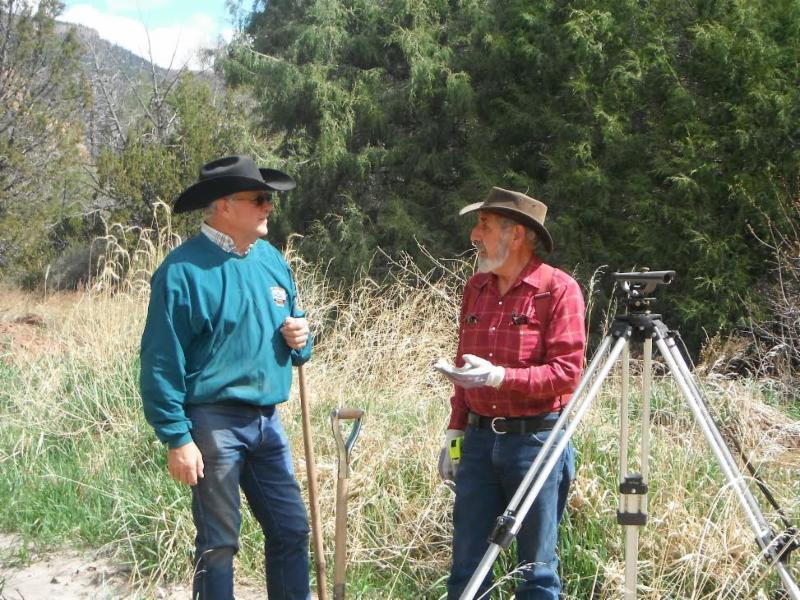 On April 12, 2016 State Engineer Tom Blaine participated in the annual Acequia cleaning in the community of Jemez Springs. Under the direction of Mayordomo Gilbert Sandoval, the Acequia cleaning began at the compuerta of the East Sandoval Ditch. During an off season, a single rain storm triggered the flooding of the Jemez River. With much of the vegetation removed and the ground left bare as a result of the 2011 Conchas Fire, the Ditch was completely filled with ash and silt leaving the ditch unusable.

Gilbert Sandoval has been working hard to guarantee that the parciantes of that ditch would have access to the water they are entitled to. The East Sandoval Ditch is used by 8 parciantes totaling 12 acres of land that is comprised of gardens, orchards and pastures for grazing animals. The silt removal was done mostly by shovel and also by excavator. Tom Blaine did both shovel and backhoe work in addition to holding the rod for Gilbert who worked the transit.

At the end of the day, everyone had worked hard, both Mayordomo Sandoval and State Engineer Blaine were satisfied with their work, knowing that the parciantes of the East Sandoval ditch could use the Acequia this coming season. 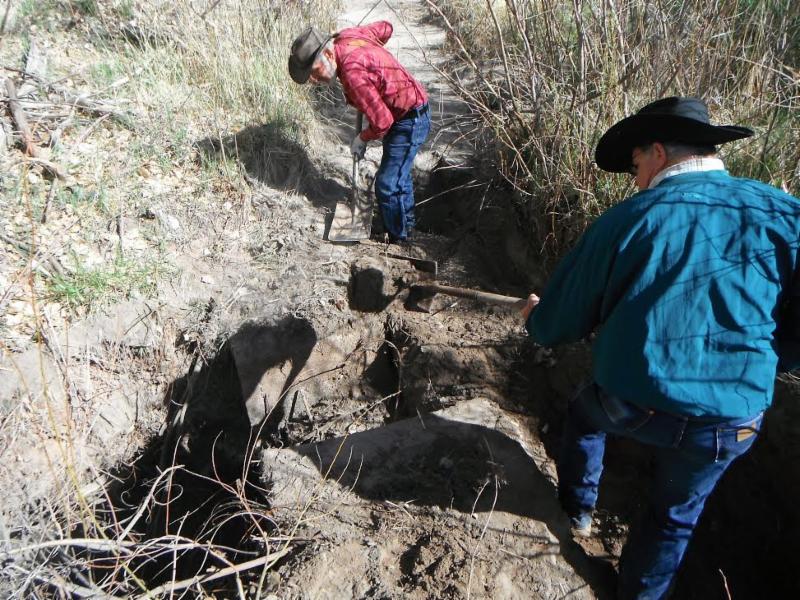