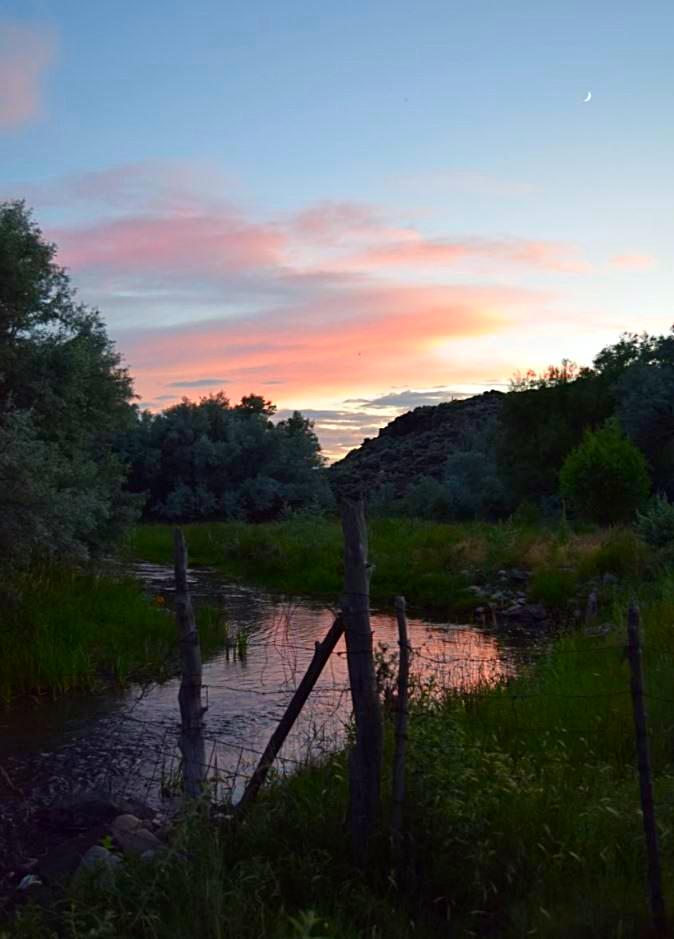 The ultimate test of the power of custom is drought. Old-timers agreed that everyone suffers from drought when you're on an acequia, some more than others, partly by virtue of their location on the ditch. Every acequia has worked out its own rules and customs for sharing the water during times of plenty, average flow, and scarcity. Some of these may be spelled out in the bylaws or formalized and published through court decrees, but others are maintained only through practice and word of mouth.

Repartimientos de agua is how community acequia systems operate in times of water scarcity. Custom originally arose out of conflict and the ongoing elastic process of negotiation and reconciliationitself, of meeting year after year to divide the water according to agreements forged in crisis long ago.
Acequieros believe that water scarcity should be shared equitably among irrigators with decision made locally about distribution. This in contrast to the concept of priority calls which can allocate all available water to the most senior user. Historically, Mayordomos have resorted to daily, ditch-by-ditch repartos. Still, in many cases, no one ever got enough water, and there were days when livestock and crops went thirsty.

In addition to this, it is important that the mayordomo allocate water on a fair and equitable basis in accordance with the agreed upon and established practice of the ditch. Only those parciantes who have paid their dues, owe no fines, and who have proportionally contributed or paid for peonlabor on the ditch, are entitled to receive water. Even in the spring when there is a good runoff and plenty of water the mayordomo may assign water on a first-come-first-serve basis or else on a rotating basis, starting at either the upper or lower end of the ditch, depending on local custom and on how much water is available. The length of time a parciante needs the water depends on the size, type of soil, crops and location of his/her irrigated acreage.
When there is very little or no water (to keep the ditch running) at all, small amounts may be released by special dispensation or auxilio (or arcilio), which a parciante requests from the mayordomo in order to avert disaster. The customary, general order of priority under such conditions is: gardens for table food, water for livestock, pasture, field, orchard. Non-essential uses like lawns or flower gardens may be sacrificed. The water in a river or in a long acequia madre may be proportionally divided among two or more subsystems.
This proportion must also be allocated on a timed, rotational basis. 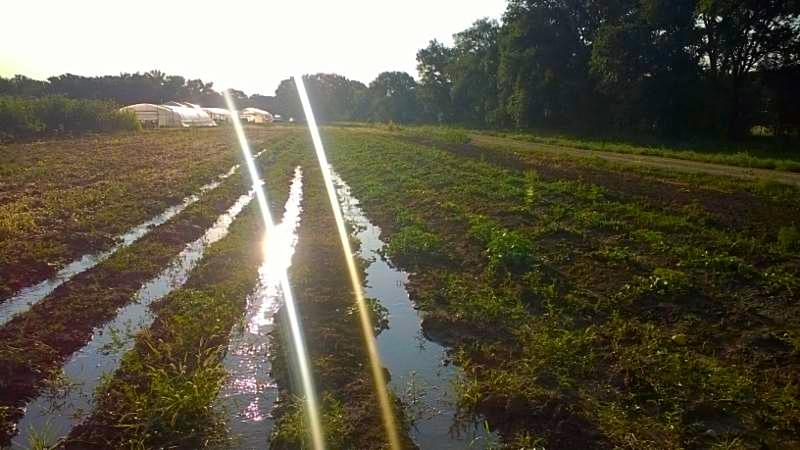 Photo taken by Donne Gonzales, Chamisal NM
A seasoned mayordomo attuned to weather conditions and familiar with the terrain, soil, and crops of particular properties, can calculate how long a given parciante will need the water, and make judgement calls accordingly. There is an inherent tension between those on the upper and those on the lower portions of a ditch. Custom and the mayordomo's best judgement are what balance this tension. Some acequias have sobrante rights, which means, they can use the surplus water in a system. They suffer with everyone when surplus declines.
To summarize, here are the most common ways dividing or sharing the water:
Tiempos: timed shares assigned on a rotating basis.
Sobrantes: surplus waters usually assigned on a permanent basis when possible.
Auxilio/arcilio:
emergency water assigned by the mayordomo as a special dispensation during a time of extreme scarcity.