On September 23, 2016 Las Comadres de Las Acequias, NMAA'sWomen's Leadership Caucus, gathered at the historic Los Luceros Ranch in Alcalde, NM.  This gathering was a result of the Comadres Resolution recognizing women's leadership and declaring 2016 the year of the woman which was passed at the 2016 Congreso.
This beautiful intergenerational gathering of Comadres began with an opening blessing by Donne Gonzales, Lucinda Vigil and Doña Rose Hartnett followed by a welcome by Paula Garcia, NMAA's Executive Director. In honor and celebration of Autumn/the Fall Equinox each Comadre had the opportunity to share a meaningful item to the altar during introductions. The result was a beautiful homage to familia, comida, comunidad, tradicíon, agua y nuestra madre tierra which remained the center of the Comadres gathering. 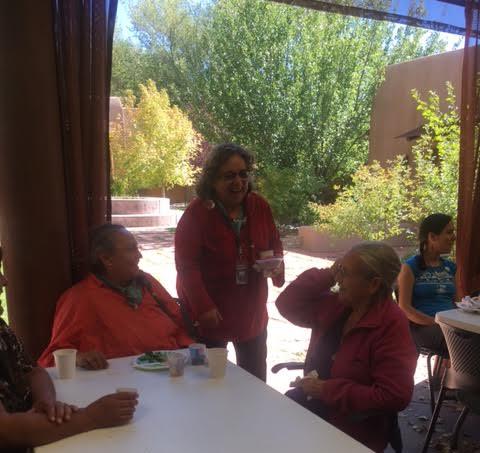 After a rich platica regarding our work as Comadres, we were blessed to share a beautiful meal prepared by Margaret Garcia-Santistevan of Taos Real Food. After lunch, we were treated to a variety of desserts created by several Comadres. Lenora Romero brought us back to the circle with a song, "Semos Comadres" which was specially written for the occasion and then we continued our business at hand.  As we progressed through the discussion of the day, several action items and next steps emerged including the nomination of the Comadres delegate and alternate to the upcoming Congreso.

After the afternoon platica on next steps and actions of the network we wound down as the wind kicked up ushering in the fall season. Las Comadres scattered to pick apples before giving a Despedida until the next gathering. 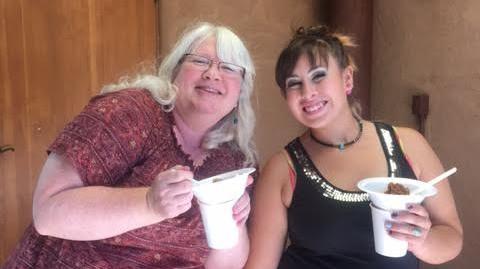 *To become involved with the Comadres de Las Acequias send an email to maria@lasacequias.org.