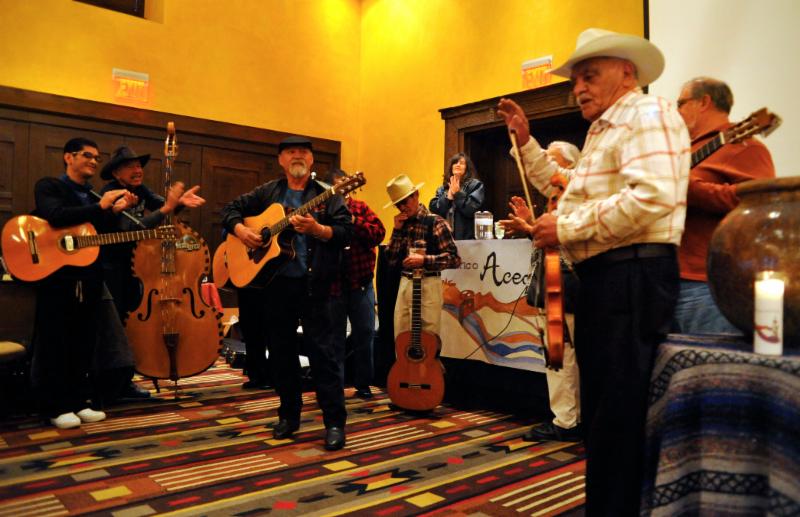 This November marks the 17th annual Congreso de las Acequias, the largest statewide gathering of acequias in New Mexico. The Congreso is a celebration of acequia culture and a gathering of leaders to outline NMAA policy positions on current issues. NMAA invites all acequia parciantes and supporters to attend the Congreso and be part of the festivities.

The theme for the 2016 Congreso is Nuesta Agua, Nuestro Futuro: Acequias Rising! The program will feature a recognition of Water Defenders with dynamic storytelling about water struggles around New Mexico. In addition, project involving young people will be featured including a presentation about the Taos Valley Acequia Mapping Project in addition inspiring testimonials from the Sembrando Semillas project. 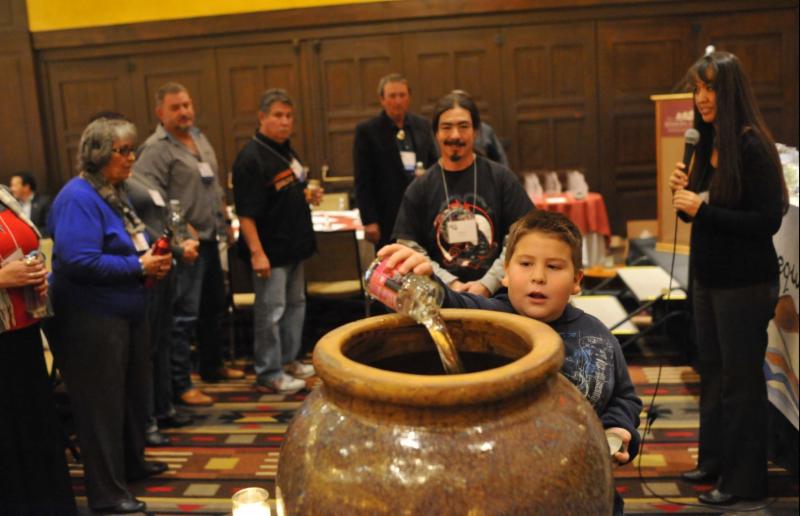 In addition, NMAA leaders will give an update on Agua es Vida: El Plan de las Acequias, for which NMAA is using a participatory process that engages people in visioning and creating a vibrant future for our communities through the revitalization of the acequias. Las Comadres, the NMAA caucus of women leaders will give an update on plans for 2017 to expand educational opportunities for youth to learn about acequias.

In a tradition started at last year's annual gathering, NMAA will honor several Water Defenders from communities around New Mexico who are organizing to protect water. Last year, NMAA recognized acequia leaders who successfully led water transfer protests and completed acequia construction projects. Other defenders were recognized for their work in protecting water quality and protect water rights in rural areas where water rights were at risk of commodification. 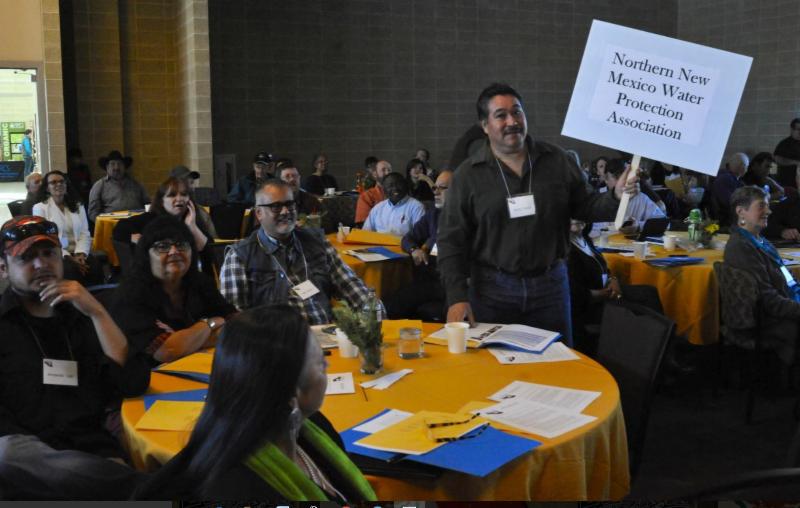 The NMAA will also involve attendees in creating an acequia quilt symbolizing a flowing acequia which will be comprised of hundreds of cloth pieces with each piece containing a message from an acequia about our hope for the future. The acequia quilt, which we anticipate will have hundreds of pieces, will be unveiled at the 2017 Acequia Day at the State Legislature in January 2017 to raise awareness of the positive contributions acequias make to communities, heritage, and agricultural economy throughout New Mexico.

As is customary, NMAA will also recognize local leaders in an awards ceremony honoring mayordomos and other leaders, advocates, and scholars who have dedicated their lives to acequias in their local communities.